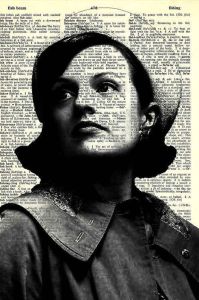 So tonight is the final episode of Mad Men, and we aren’t watching.  Unlike pretty much everyone I know.

We’re not watching because we fell behind, and now we’re just starting Season 7 so we need to catch up.  Which means that we still have some time with that fabulously stylish yet dysfunctional group of people, simultaneously loving and hating Don Draper and rooting for Peggy and wishing Megan weren’t so awkward while envying her wardrobe.  Sigh.

When the show first started, people would say, “Oh, you must be a Mad Men fan!”  I hadn’t even seen it yet, and people just assumed that because of the way I dressed, it was because of that.  Granted the show has been so brilliant and beautiful it was a compliment (I guess), but still.  I wasn’t exactly influenced by it, just loved it, and loved the aesthetics long before it was on TV.  They did a fantastic job. The one thing that really bothered me, though, is that Sally has brown eyes.  Don and Betty have blue eyes, so it is physically impossible for her to be their child.  I was always hoping that it would come out that Betty had an affair rather than a mistake in casting, but oh well.  (That is one of my biggest pet peeves about TV shows — ignoring the only thing I remember from junior high science about eye color and genetics — but it happens ALL THE TIME in Hollywood.  The Wonder Years drove me nuts for the same reason, and I loved that show, too.)

I will miss it, but at least we still have some time left.  And I am looking forward to “Mad Men” to stop being a party theme or an eBay search — maybe the prices of the things I love will go back down! 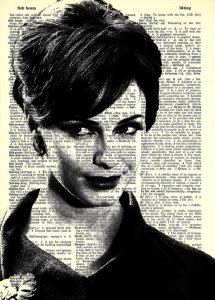 But I LOVE this artwork, which you can buy here!

Thanks for all the good times, Sterling Cooper et al.  It’s been so much fun, and thanks for making television a better place.